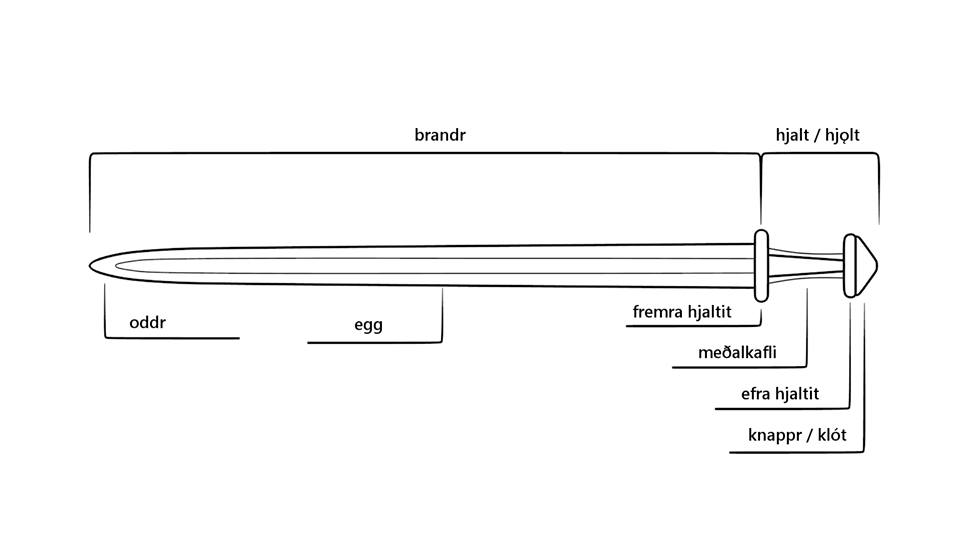 Metal handle
Pre-cast or forged handles are found on some of Peterson’s type D swords in Norway (i.e. B5774, C4072. C8095, C24887, T14309). These swords, being among the heaviest of all Viking swords, can be dated to 800-950 AD. They are composed of triple-lobed, two-pieced pommel, guard and typically also a metal handle. These handles are massive products of metal casting or smithing and their surface is covered with geometric or animal decor. The lower layers of the profiled decoration are decorated with copper alloy, the upper layers with silver. These handles are also sometimes decorated with ferrules on the handle tops (véttrim). According to Petersen, there were 11 swords of this type in Norway in 1919 (Petersen 1919: 70-75), while Hernæs filed up to 16 specimens by 1985 (Hernæs 1985).