A meeting of Norse people and Indians in Newfoundland, 1003–1007. Drawn by Anders Kvåle Rue. 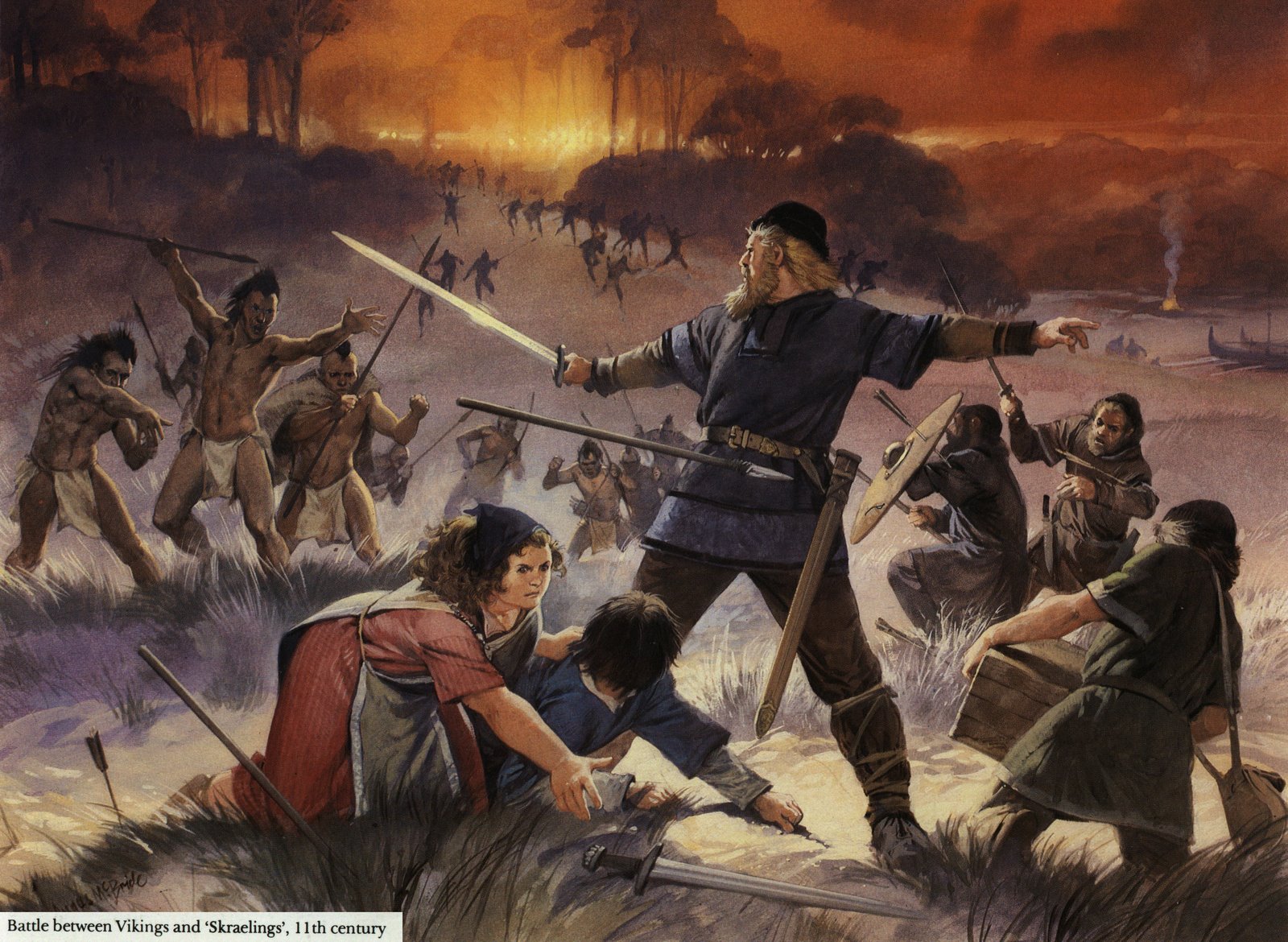 The battle between Norse people and Indians. Drawn by Angus McBride.