Translated and edited by Tomáš Vlasatý

we bring you an exclusive translation of the work written by Russian reenactors that describes the leather finds from Birka and proposes the reconstruction of the shoe. The original article can be found here. The find is very valuable, since the shoes from Viking Age Sweden are almost absent and the reenators usually use the shoe patterns from Ladoga, Haithabu or York.

In 2013, an underwater archaeological survey was conducted around Björkö Island. A group of researchers from the Maritime History Museum (Sjöhistoriska museet), Stockholm, found a number of organic objects at the bottom of Lake Mälaren, including wooden parts of the ships, jewelry, tools and unidentifiable artifacts. Subsequent cleansing of some leather fragments revealed seams that allowed archaeologists to interpret objects as remains of shoes. In December 2017, these fragments were published in press (Olsson 2017). We would like to introduce to you some of the conclusions.

Conclusions of the publication

A total of six heavily damaged fragments were found under water. Some of them show signs of cuts or stitches. For example, finds Nos 171, 172 and 183 represent edges that are cut but do not contain any seams. These finds are possibly production waste. Find No. 101 consists of two pieces found together. Both have seams but are not attached to each other in any way. 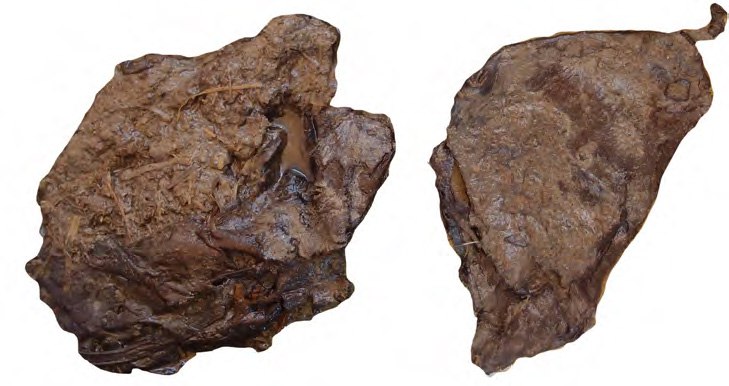 After the field work was completed, find No. 161, consisting of two adjacent parts (Fig. 1), was first examined. Find No. 172 was found at the same site and could be related to the previous find, although this cannot be said with certainty. Find No. 161 can be safely associated with only the two parts mentioned, each consisting of several more or less damaged fragments. These show signs of cuts and stitches simultaneously. It is not clear how these parts were put together, but from the presence of the characteristic decorative stitches, the curved edge and the strap we can assume that they are parts of a shoe. 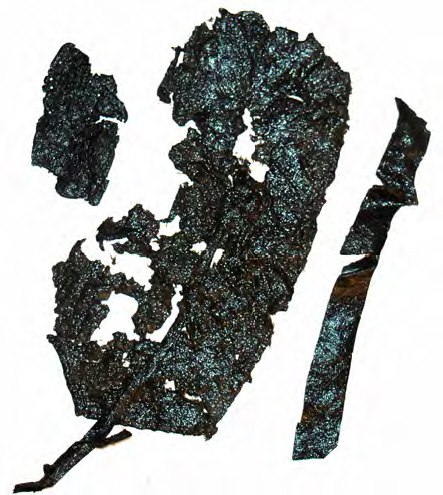 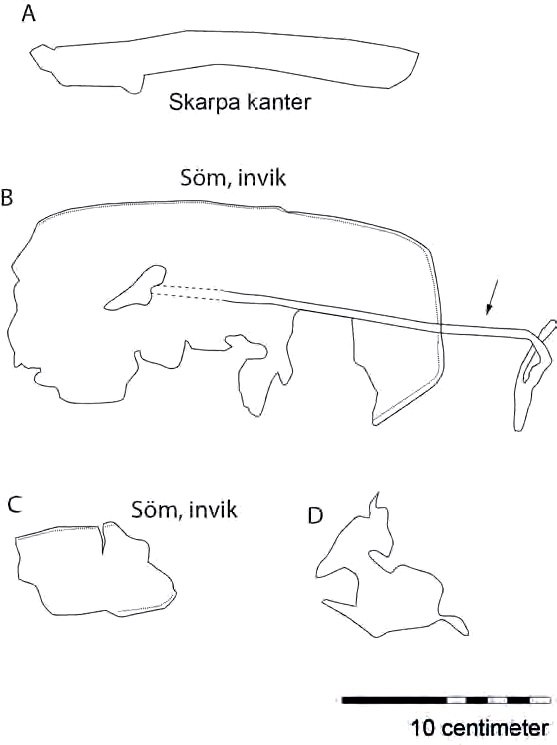 The material of the first part of find No. 161 was seriously damaged in the past, which is why there are holes on its surface (Fig. 2). As can be seen in the diagram above (Fig. 3), this section consists of fragments A, B, C and D. Fragments B and D are probably part of one whole, while this cannot be said with certainty about the remaining two fragments. Fragment B has both preserved curved edges and traces of stitches and leash. Fragment A, which is better preserved, shows signs of cut, but no stitch marks, and can therefore be classified as manufacturing waste. 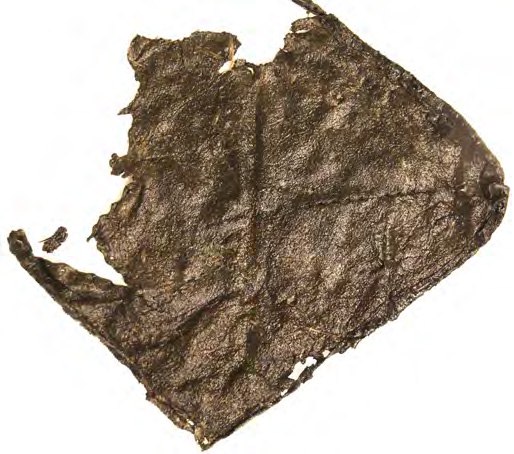 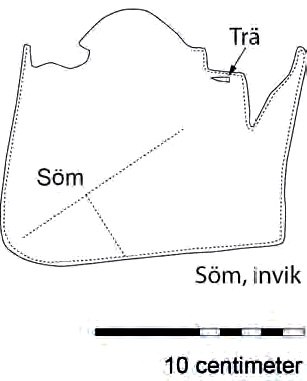 The second part is better preserved than the previous part (Figs. 4, 5). It consists of a rectangular fragment with seams and curved edges. There is a small piece of wood inserted in the skin, probably a wooden peg (Fig. 5). The two stitches located in the middle of this fragment were decorative and functional, reinforcing the vulnerable thumb area of the shoe. From the Viking and Middle Ages, we know the upper parts of shoes that are decorated in this way. The part of the leather strap that was preserved could serve to better fix the shoe to the foot. The publication does not contain more information.

Of course, these are only fragments that have limited informative value, but are still valuable pieces that will help in the reconstruction of the material culture of central Sweden. The first part seems to correspond to a shoe with a side seam and a stitched, round heel (Groenman-van Waateringe sole type 3.2; see Fig. 8). It is not possible to determine the type of binding, but it is likely that the holes for the strap were placed relatively low. The second part appears to be a part of a shoe with a side seam and sole completely sewn around (Groenman-van Waateringe sole type 3.1 or 3.2; see Fig. 8). The upper part was decorated and reinforced with a seam, the type of which can not be determined. There was a W-shaped tongue on the instep, a feature found on several early medieval shoes (eg Wedelspang, Elisenhof, Haithabu), as well as a curved edge (eg Wedelspang, Deventer or Dorestad). Since it is not clear whether both parts belonged to the same product, these elements can be used alone or together. In any case, we have a choice between the two known types of shoes. Separate use of the first and second parts makes it easier to find analogies in the corpus of European period clothing, while with the combination of both elements and minimal addition of missing parts, a shoe of the following appearance can be obtained (Fig. 6, 7). 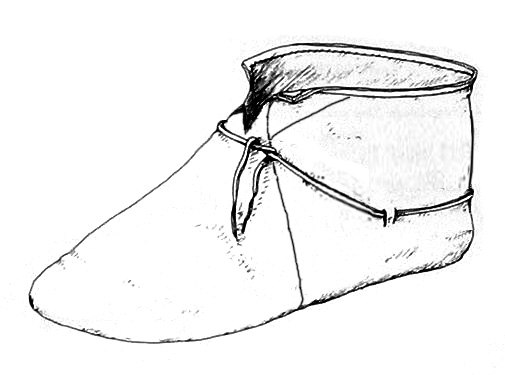 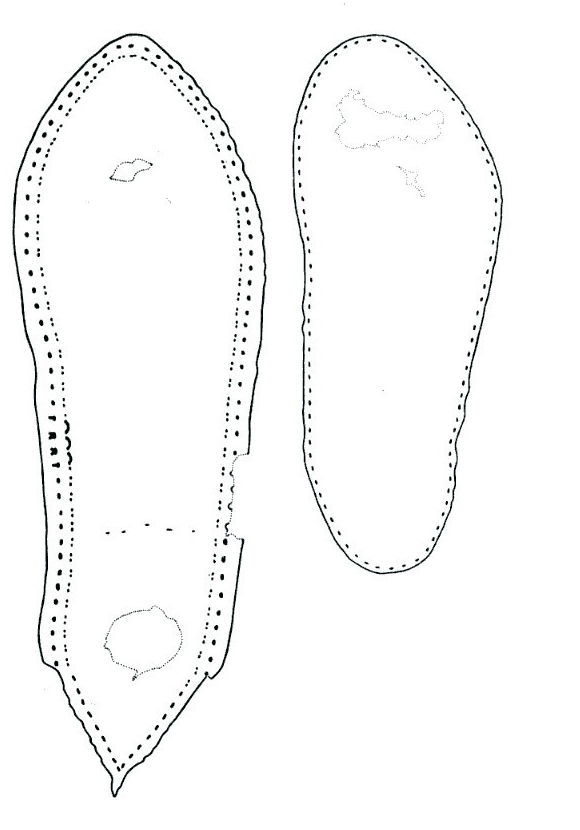