During the year 2020 we asked more than 100 members of Viking Gear Facebook page these four questions:

1. Which country are you from?
2. Which helmet, out of those in attached pictures, do you use?
3. Do you use straps to tighten up your helmet onto your head?
4. Do you consider Gjermundbu helmet as being more expensive form of protection than nasal helmets? 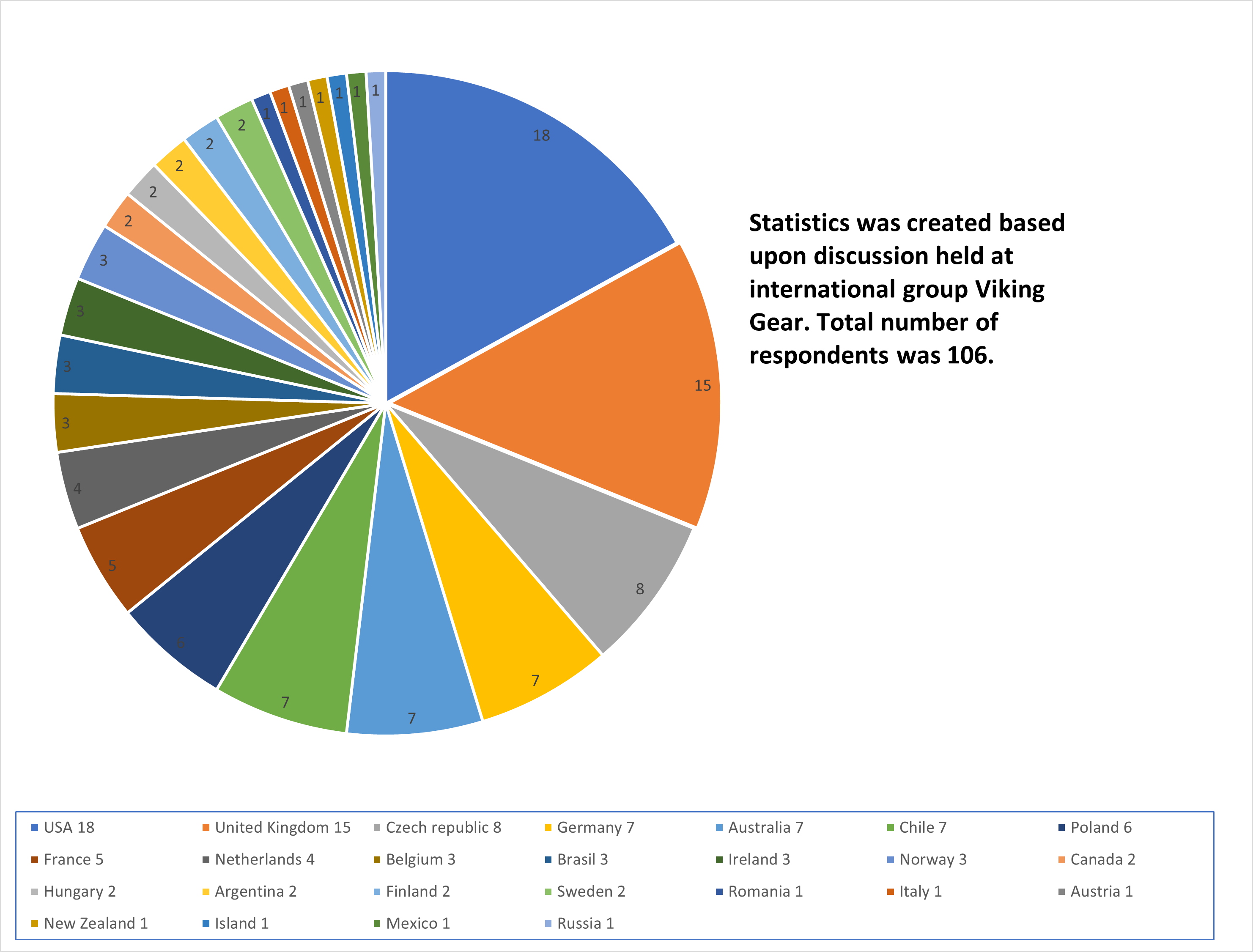 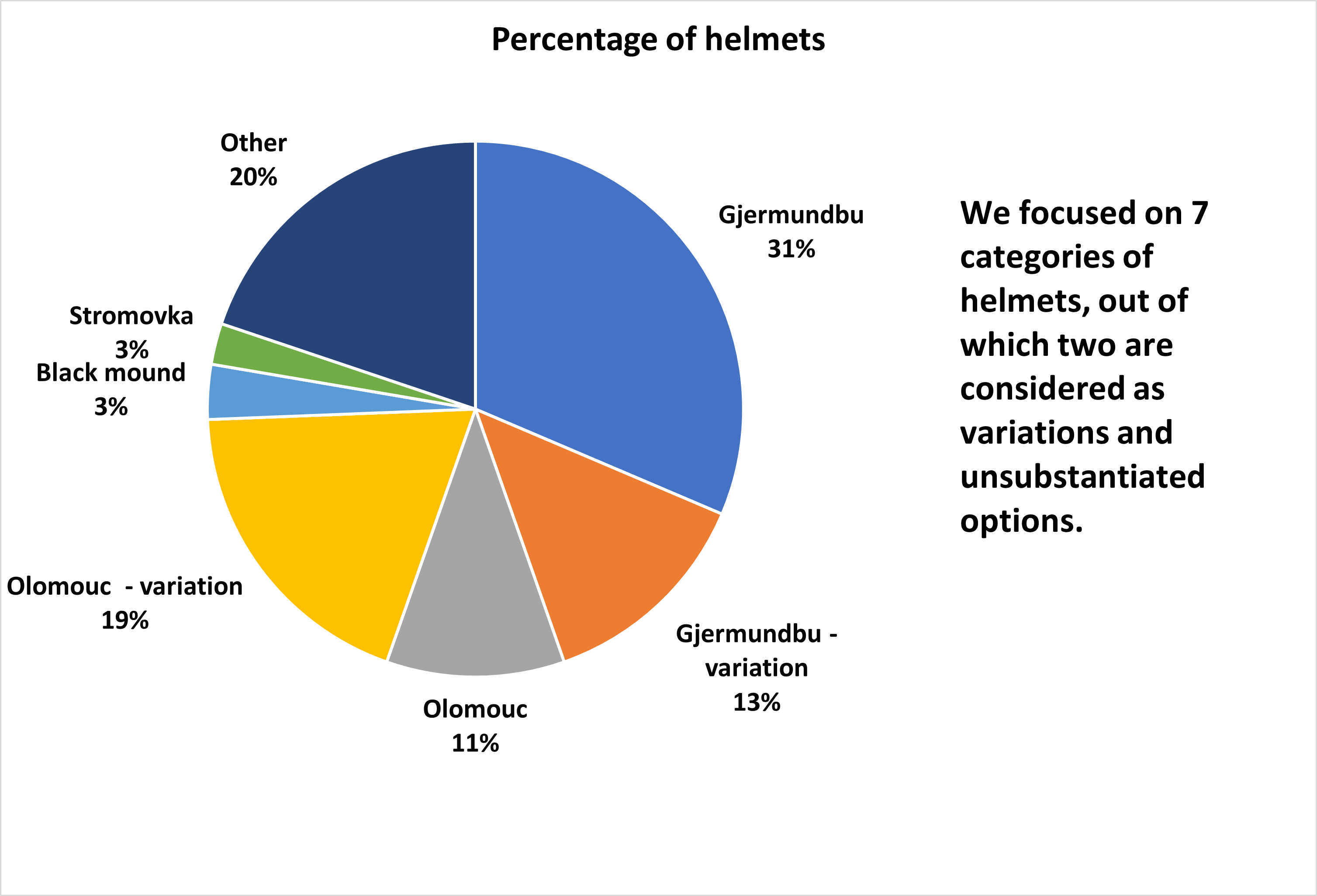 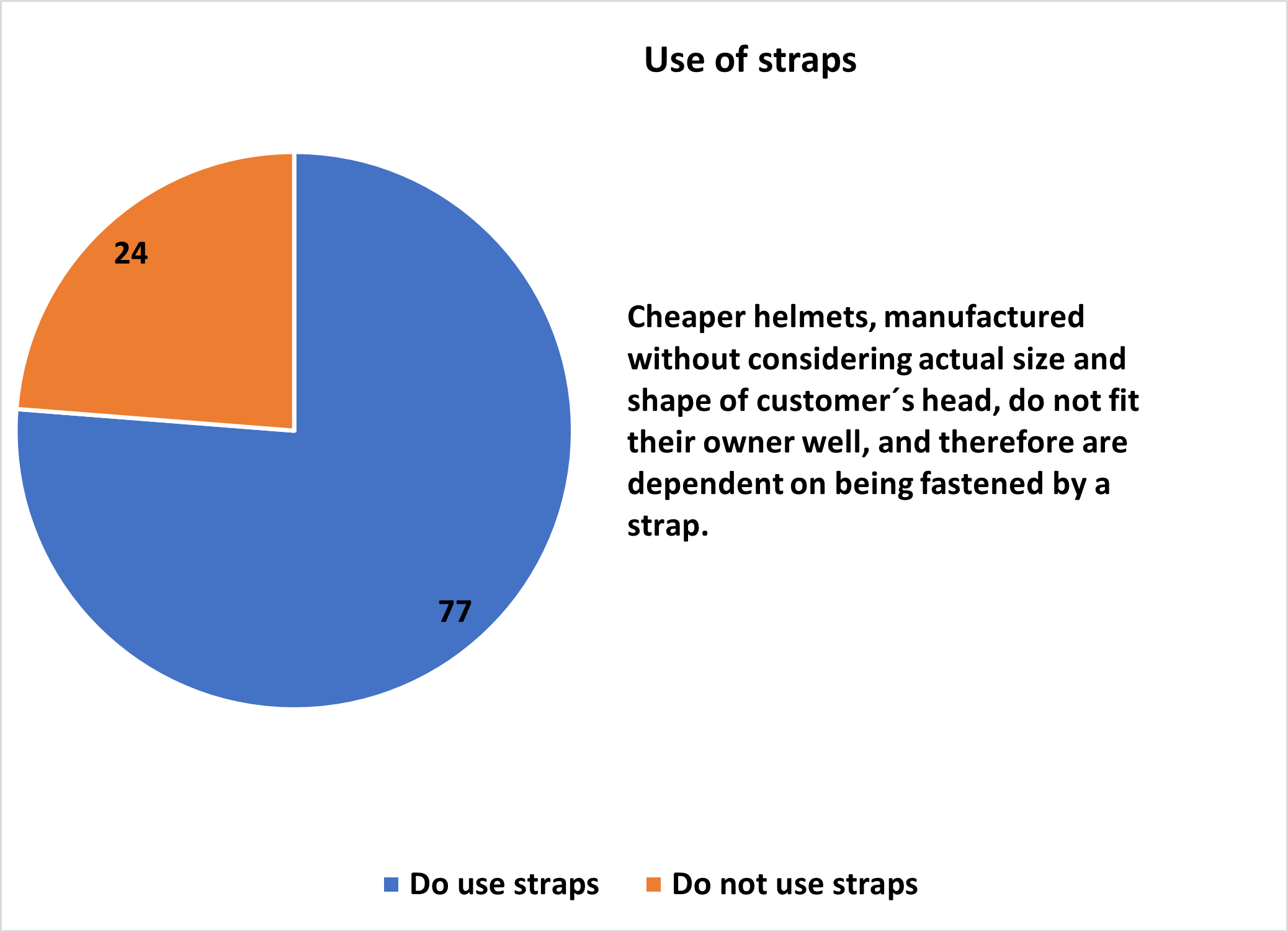 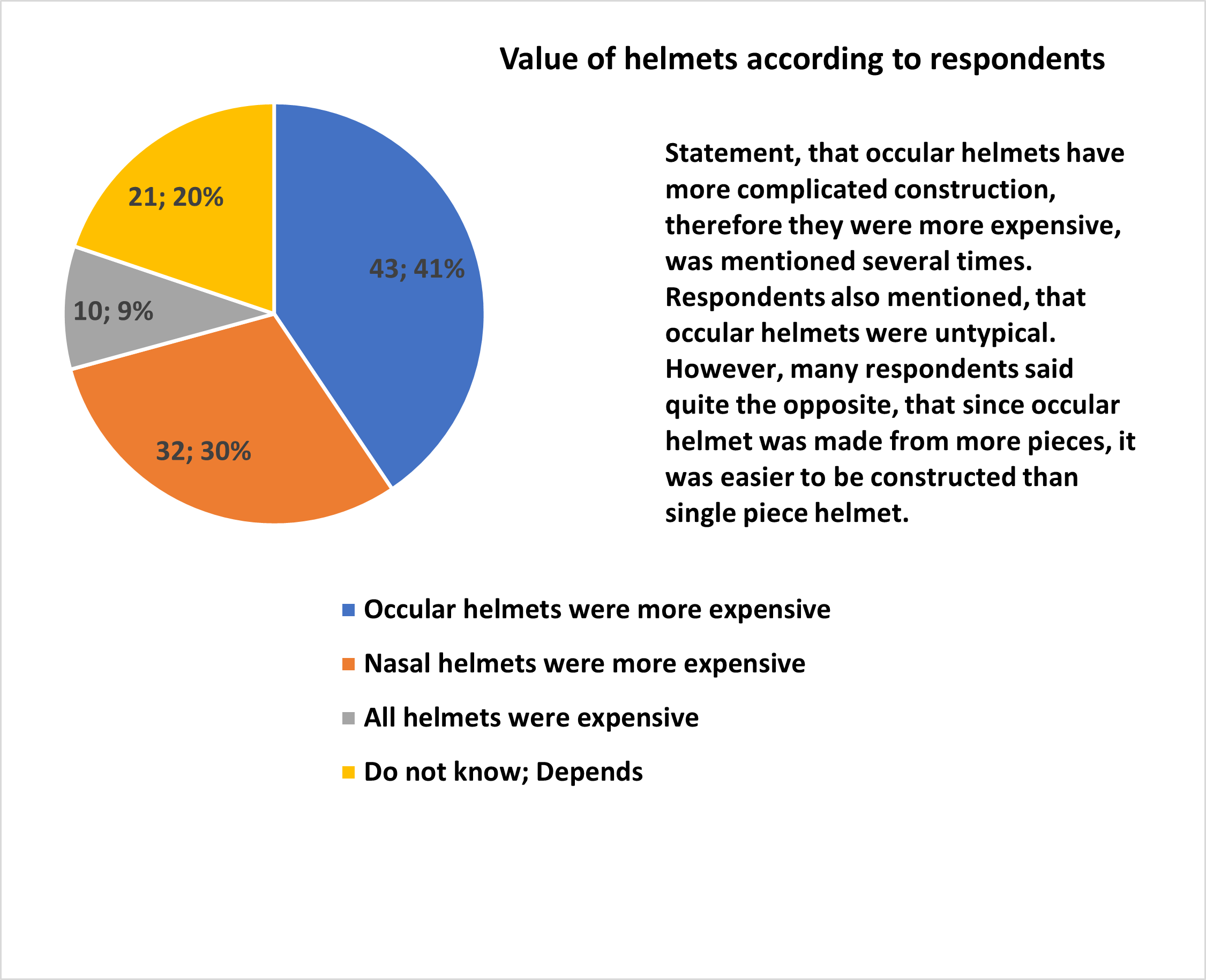 Collected data should be interpreted as a representation of general international situation and not as disposition depending on nationality. Even though there are some local preferences (for instance Stromovka helmet in the area of former Czechoslovakia), the most numerous helmet amongst respondents is, with total percentage of 44%, definitely Gjermundbu or its variations. Gjermundbu (or occular helmets in general) are more frequent in countries that could be considered as “newbies” on the field of reenactment of 9th-11th century, that is USA and Chile, whereas in countries with longer tradition of early medieval reenactment (for example United Kingdom) this type of helmets is not on the top of the list. Conical nasal helmets are used similarly often, probably even more often, considering separation of this type into more subtypes. In the category of “Other” are often mentioned helmets of St. Wenceslas, Gnezdovo II, or helmet of Thames. It is questionable how many helmets that are considered by their owners as “Gjermundbu” could be truly declared as replica of Gjermundbu find, and how many of them are just more or less successful variations. It is also important to emphasize that helmets without any face protection are very rare amongst respondents.

Most of respondents use leather straps to tighten up their helmet on head. Cheaper helmets, manufactured without considering actual size and shape of customer´s head, do not fit their owner well, and therefore are dependent on being fastened by a strap. This fact was explicitly mentioned by several respondents. Another part of respondents used arguments such as that they use straps because of safety reasons, because of demands of organisation team, or because of inner group statutes.

Gjermundbu (or occular helmets in general) is mostly considered as more expensive than nasal helmet. This can be due to the fact that wearing a helmet is considered a necessity in reenactment groups, therefore newbies are often rigged with helmets that are nowadays cheaper, which are nasal helmets welded from two halves. Well fitted, custom made, decorated occular helmets are nowadays more expensive form of protection, that is why they are being used mainly by members that are hierarchically above newcomers.