During the creation of the Catalog of European helmets of 9th-12th century, I also included the helmet from Lagerevo, Bashkortostan, Russia, which is not completely unknown among Eastern European academics and reenactors. After an expert consultation with Adam Kubik and Oleksii Komar, who date the helmet on the basis of belt fittings to the second half of the 8th century, I decided to remove this helmet from the forthcoming book and publish it in a separate article in the form of bonus material.

Based on Mažitov’s and Ivanov’s works, the helmet is traditionally dated to the 9th or 10th century, which was copied by Kirpičnikov and other authors. So far, only Kubik and Ovsjanikov have suggested the older period in their works. Many elements of the helmet, such as an eight-piece dome construction with typical cut-out segments, the aventail holder and a flag-shaped socket, refer to older horizon helmets.

Despite the traditional reading of the artifact, it should be emphasized that in the funds of the Institute of Ethnological Research of the R. G. Kuzejev in Ufa, where the object is stored, there is a fragment of the nose-guard coming from this helmet. The open Y-shaped nose-piece has a number of parallels in 7th-8th century, which we have taken into account in the document below.

Bonus material can be downloaded or read by clicking on the following button. 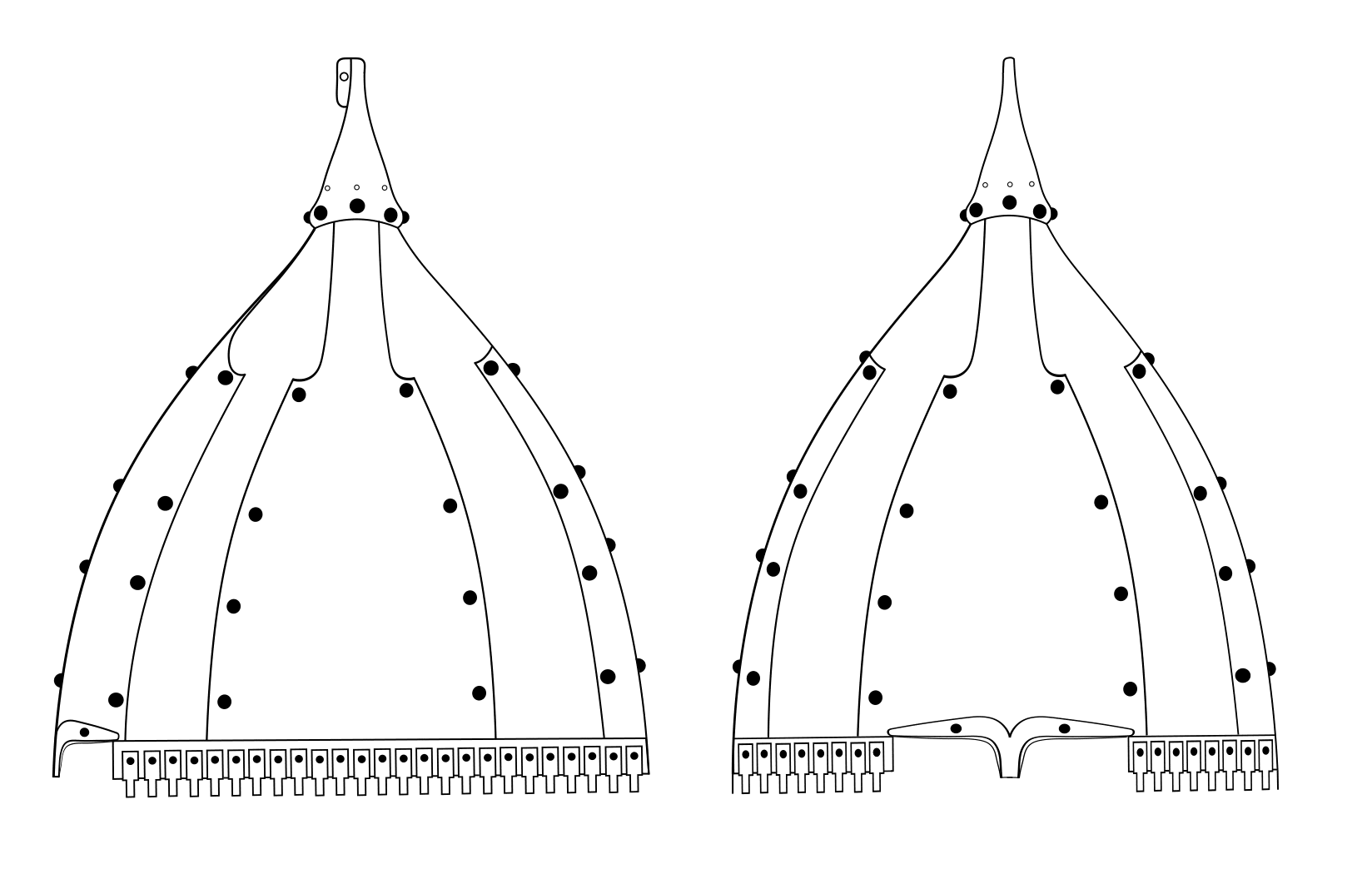