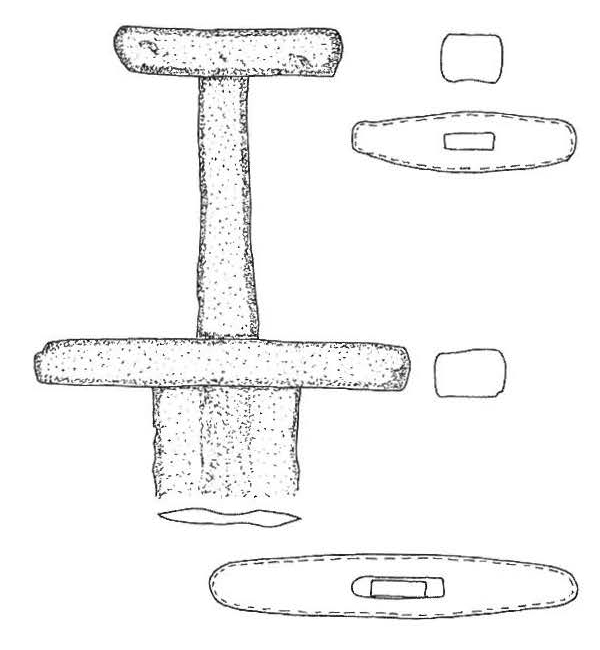 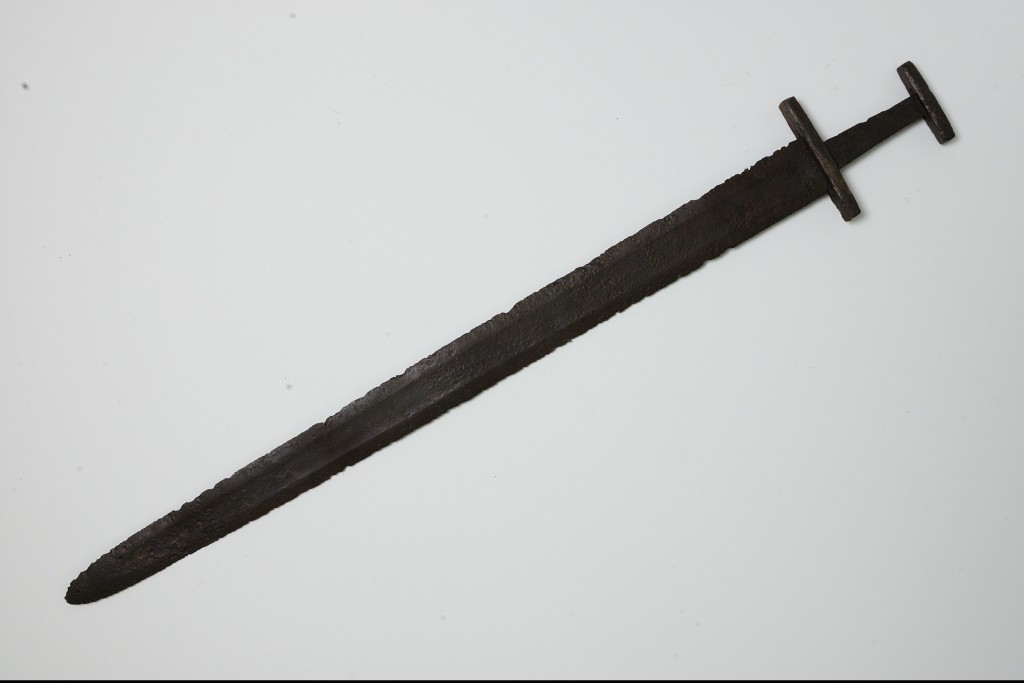 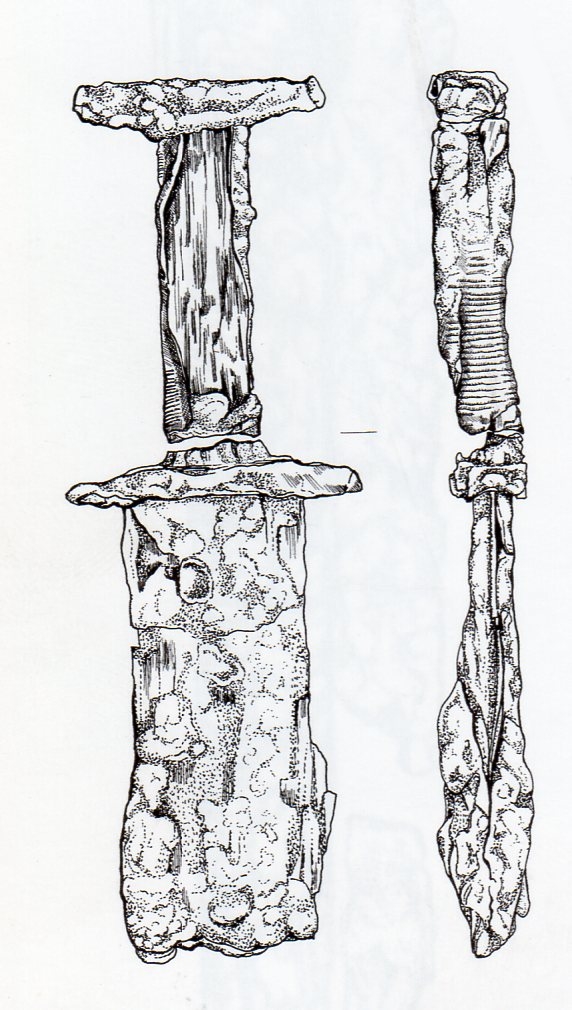 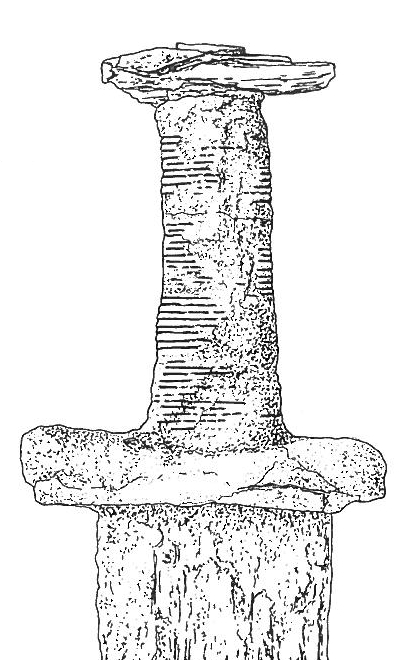 When it comes to distribution of the swords, it seems that type M was mainly a Norwegian domain. In 1919, Petersen noted that that there are at least 198 type M swords known in Norway, of which at least 30 were single-edged (Petersen 1919: 117–121). Nonetheless, in the past 100 years, an immeasurable amount of new swords were excavated, and the number increases every year – such as in Vestfold, which is absent in Petersen’s list, we already have 42 finds (Blindheim et al. 1999: 81). Highest concentration of type M swords is in Eastern Norway and Sogn, where we know of at least 375 swords according to Per Hernæs (1985: 37). Mikael Jakobsson (1992: 210) registers 409 swords in Norway. Eva Moberg adds 9 more pieces that were not mentioned in the previous works (Moberg 1992: 60). And current number will undoubtedly be even greater. We will most likely not be far from truth while claiming that type M is together with type H/I one of the most widespread Norwegian swords. The number of sword finds in neighbouring areas is disproportionate. From Sweden, we only know of 10 swords (Androščuk 2014: 69), at least 4 from Iceland (Eldjárn 2000: 330), at least 4 from Great Britain (Biddle – Kjølbye-Biddle 1992: 49; Bjørn – Shetelig 1940: 18, 26), 4 from France (Jakobsson 1992: 211), 2 from Denmark (Pedersen 2014: 80), 3 from Finland, 1 from Ireland and 1 from Germany (Jakobsson 1992: 211; Kazakevičius 1996: 39). Vytautas Kazakevičius (1996: 39) registers at least 9 type M swords from Baltic, at least 2 from Poland and 2 from Czech Republic. Jiří Košta, the Czech sword expert, denies there is a single type M sword find from Czech Republic and according to him, claiming so is but a myth often cited in literature (personal discussion with Jiří Košta). Baltic swords are rather specific – they are shorter and with a narrower single-edged blade, features causing them being interpreted as local product. It is safe to say we know of is around 450 pieces, though the real count being much higher. 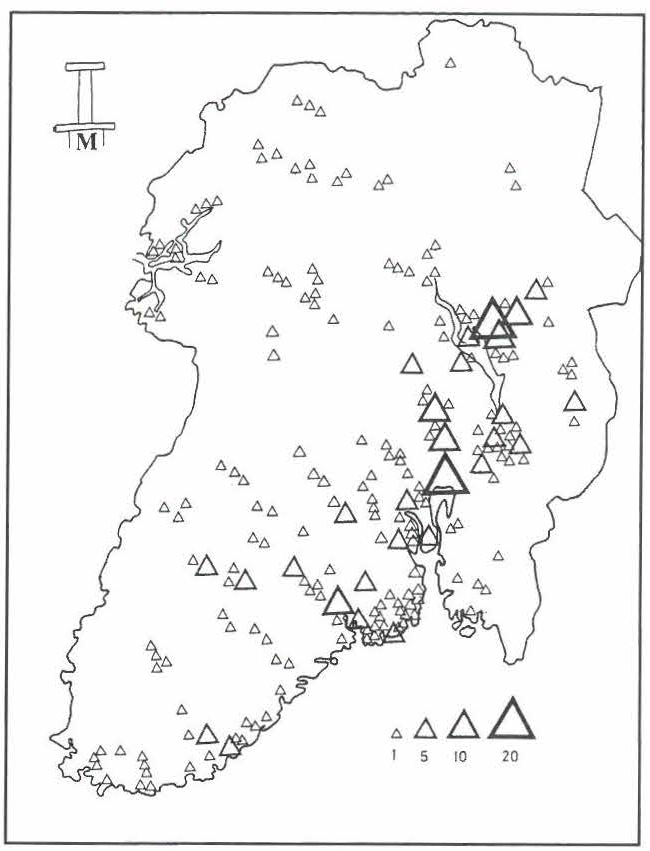