Since the Neolithic until relatively recent times, shoulder bones of large animals, especially cows, have been used for shovel production. Finds of ox-bone shovels can be found in whole Europe and Near East. It is therefore interesting to note that in all Slavic languages, there is a direct link between words shoulder blade (cz. lopatka; sk. lopatka; pol. łopatka) and shovel (cz. lopata; sk. lopata; pol. łopata). Rejzek suggests the starting point of lopata is Indo-European *lēp-, *lōp-, *lƏp- (“something flat”) and could derive from *lopъ, whose meaning would be “a tool similar to a leaf”, similar to Lithuanian lãpas (Rejzek 2007: 362). The same connection is present in Latin scapula, which is derived from the meaning shovel (de Vaan 2008: 543), or more precisely, from a root *(s)kep-, from which Slavic kopati (“to dig”) is derived. 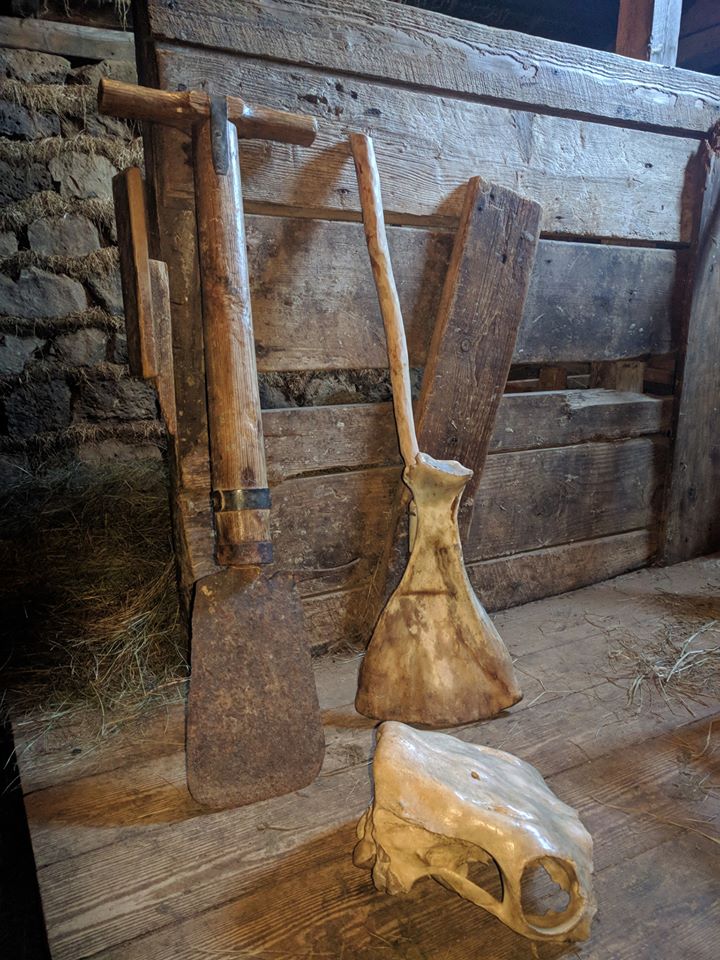 Hungarian language borrowed the Slavic connection lapocka (“shoulder blade”) and lapát (“shovel”) no later than in 14th century (Zaicz 2006). What is more, my Hungarian friend Gábor Suba confirmed that words lapicka and lapító denote “a chopping board” in some parts of Hungary. However, in case of lapító, the etymology is probably different, derived from Urallic *lapp (“smooth surface”). 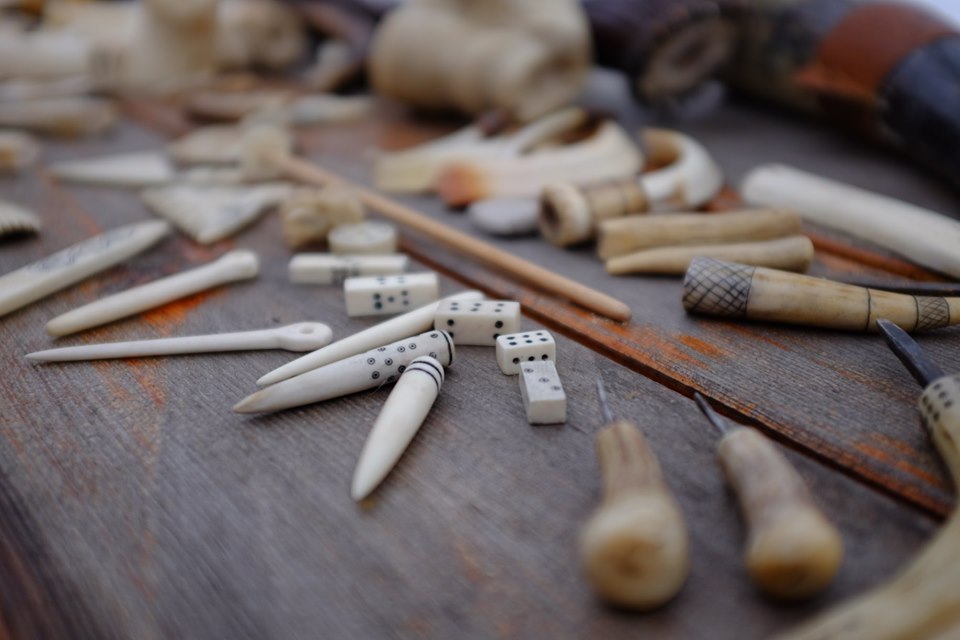 In both Germanic and Slavic languages, words for bristle are connected to a brush. All the Germanic words for bristle and brush are derived from Proto-Germanic *burstiz (“bristle”), while all the Slavic equivalents are derived from *ščetь (“bristled type of solid hair”). The fact that brushes were made of bristles is very well archaeologically attested (for example Hjermind 1998: 294).

In Old Norse tradition, a word for “a bow-string” is the same as for “guts” – þǫmb (Cleasby–Vigfússon 1874: 756). This is especially visible in case of the famous Norwegian nobleman and archer Einarr þambarskelfir, whose nickname can be translated as “String-shaker”. Even though we do not have any hard evidence, this could lead to the fact that some bow-strings were made of animal guts.

Archaic cultures tend to use word for “ash” basically for anything made of that kind of wood. In Old Norse, askr denotes not only an ash tree, but also a kind of ship, a vessel and a spear (Cleasby–Vigfússon 1874: 25). It is an archaeologically attested fact that ash wood was used as a preferred material for spear shafts. A similar logic in language can be seen in Homer’s Iliad, where spears are called “ashes”.

The last example is a true masterpiece. In Czech and Slovak languages, there seems to be a kind of connection between “a jaw” (cz. sanice, sk. sanice) and “sledge” (cz. saně, sk. sane). The connection seems to be based on “sliding movement”, however, Rejzek suggests that sanice is derived from saně (Rejzek 2007: 590). Analogically, Old Norse kjálki denotes “jawbone” and “sledge” (Cleasby–Vigfússon 1874: 340). This is particularly interesting because of the ancient tradition to make sledges out of horse and cattle jawbones, which is very well archaeologically attested (for example MacGregor 1985: 145-6).